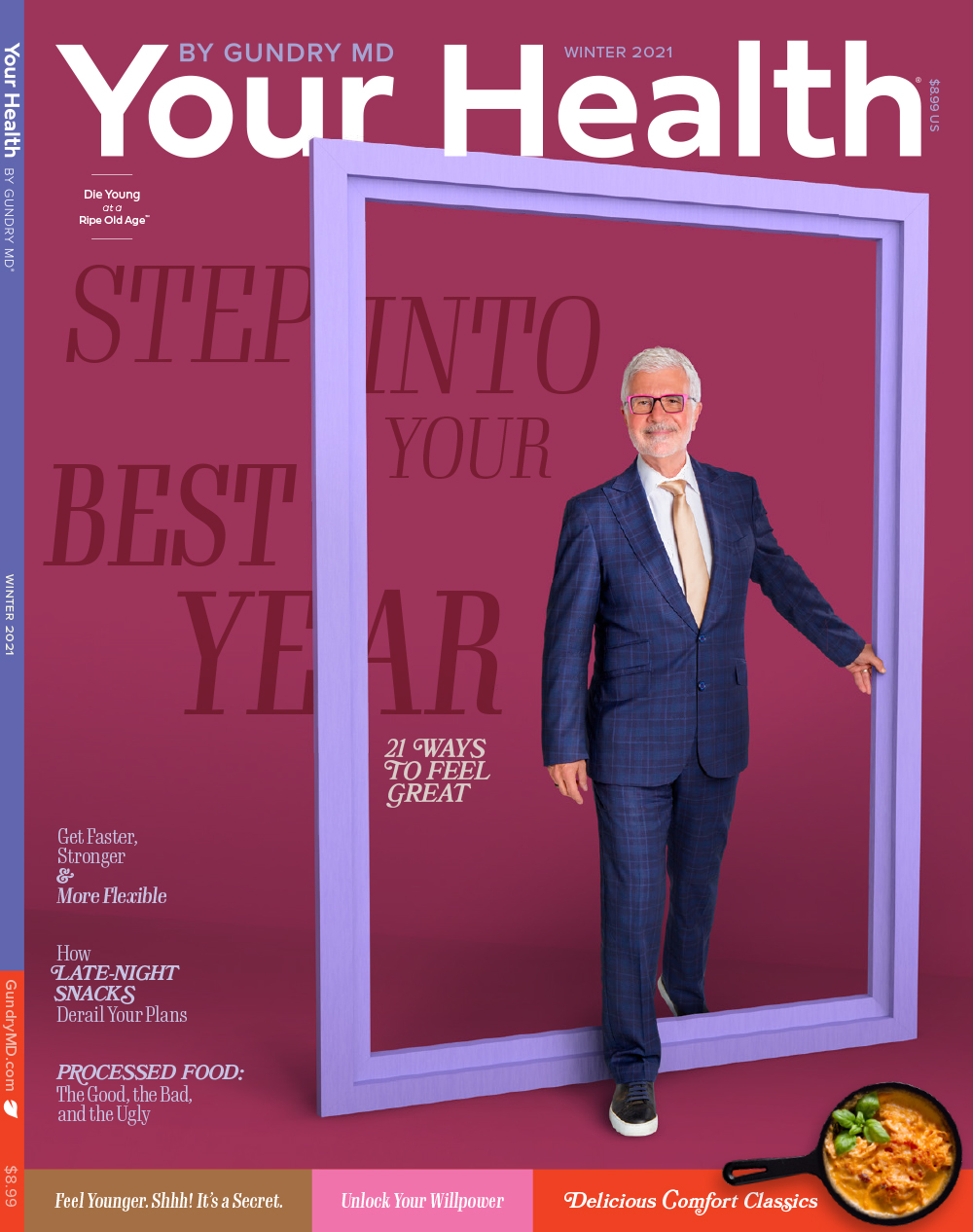 We were still in the pandemic during the design of this issue, so I continued to look for ways of producing the cover that maximized everyone’s safety. One idea that had previously been back-burnered was using a frame prop. This idea had come up while brainstorming for past issues, but we always ran into obstacles in getting a prop built. For this issue, I realized it could be done digitally and pursued it. 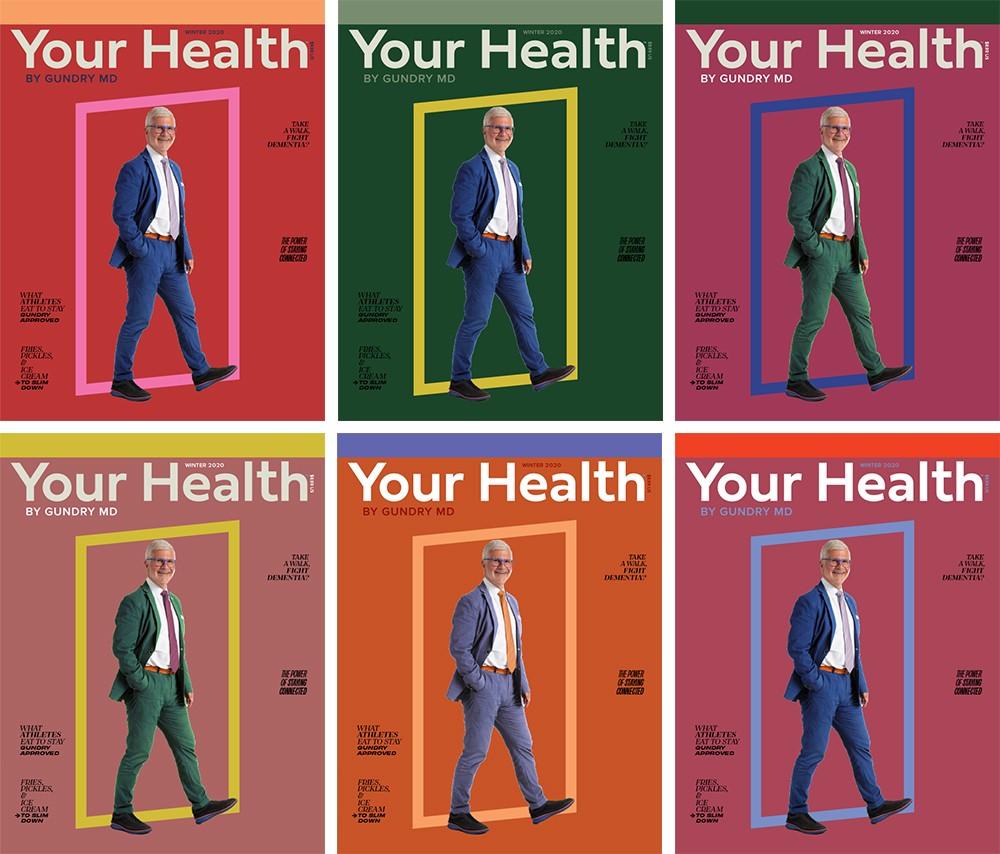 Color studies for locking down wardrobe and to present this to get a retoucher on board. 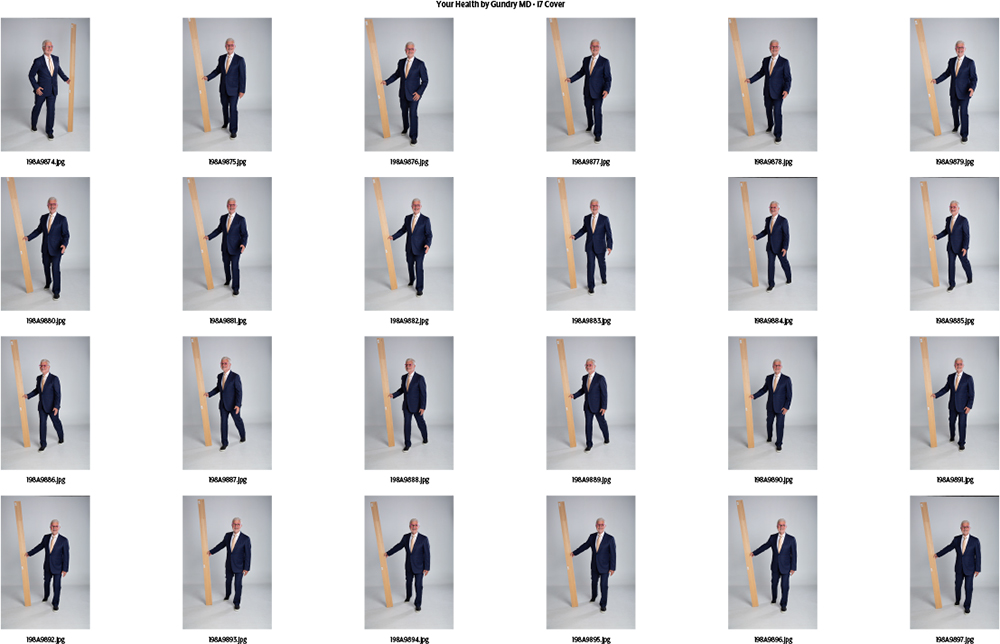 In the meantime, I built some 3D assets and matched the light setup that was on set. 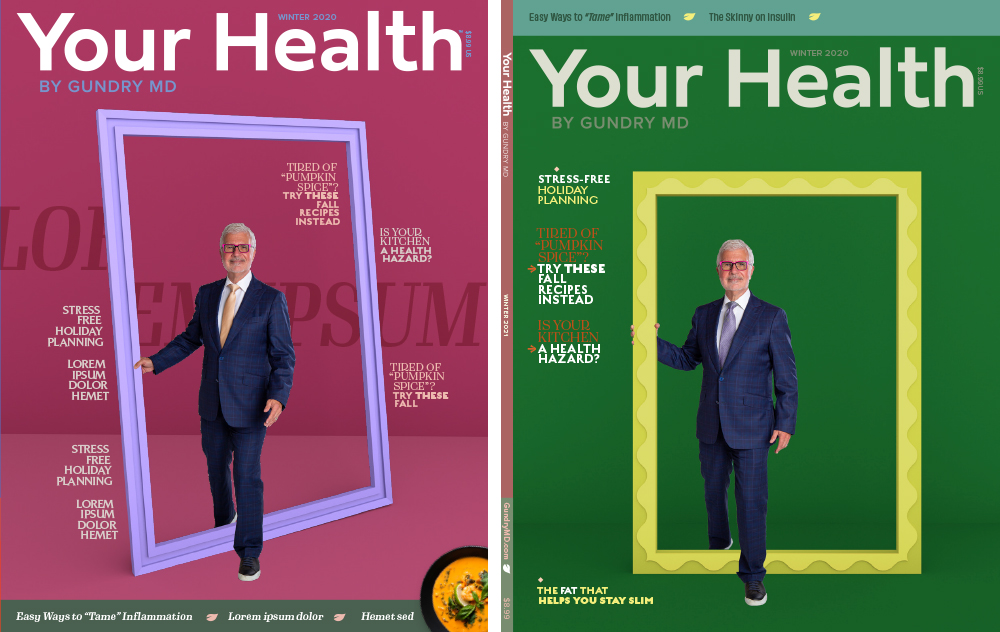 As the photography and 3D started to roughly come together, the angle and colors were narrowed down for final design. 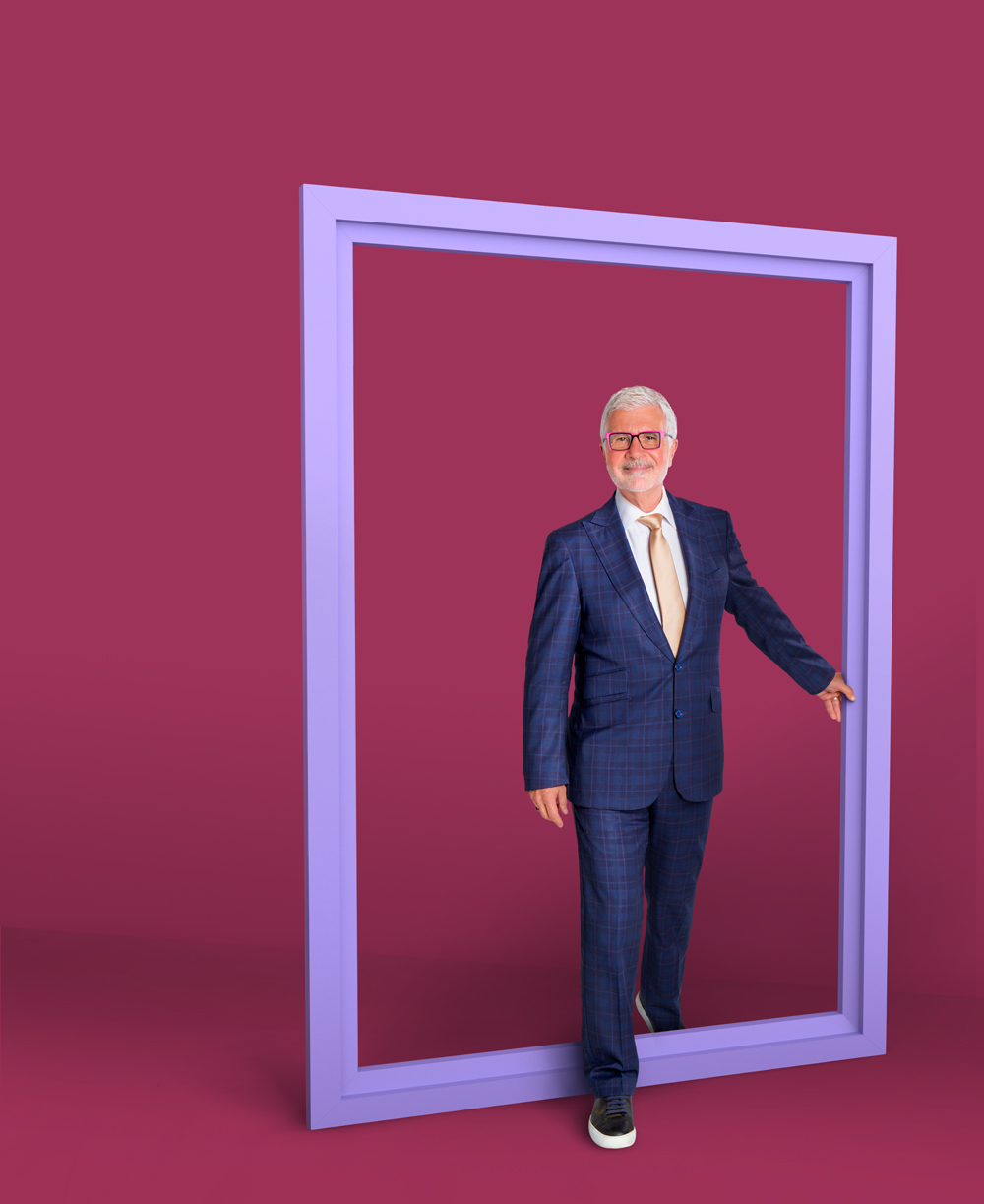 Once everything was as locked in as possible, the retoucher merged the 3D asset with the photography seamlessly.

That became the final cover. 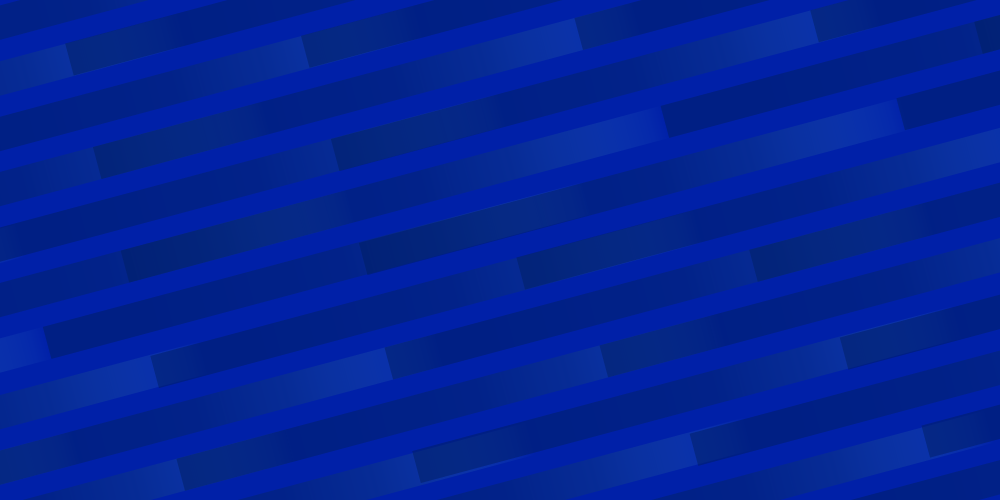 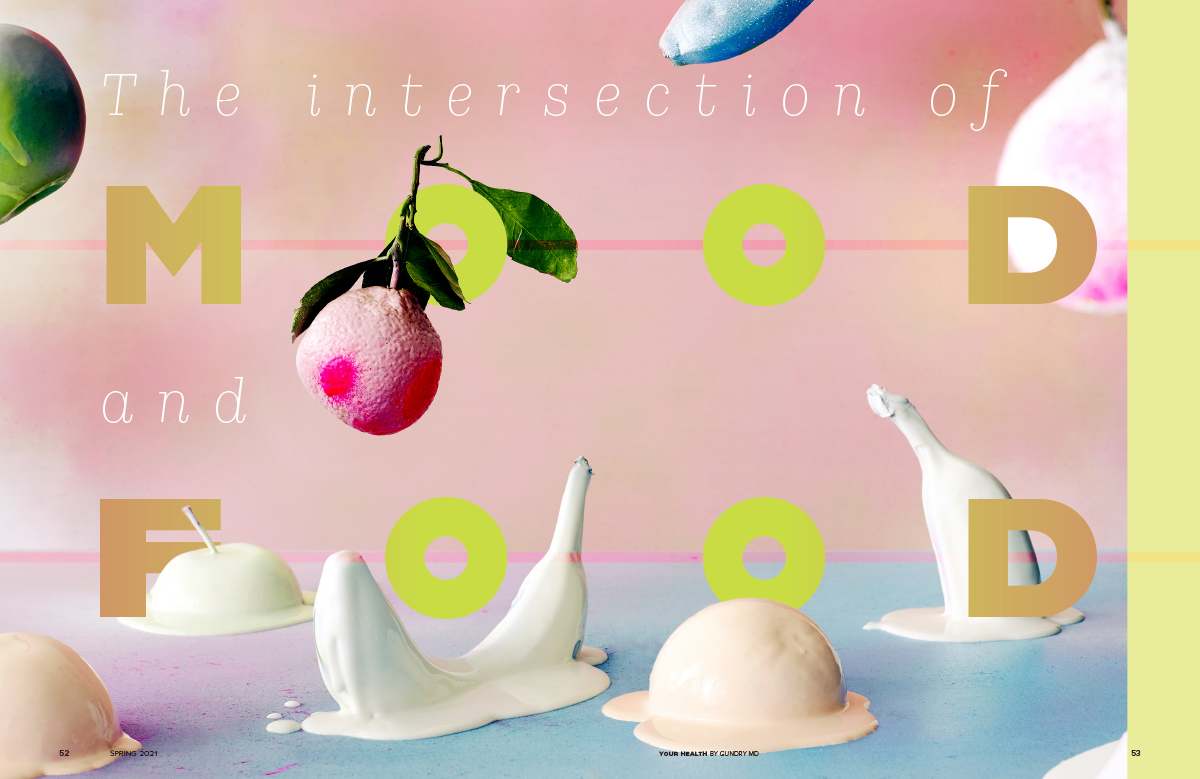