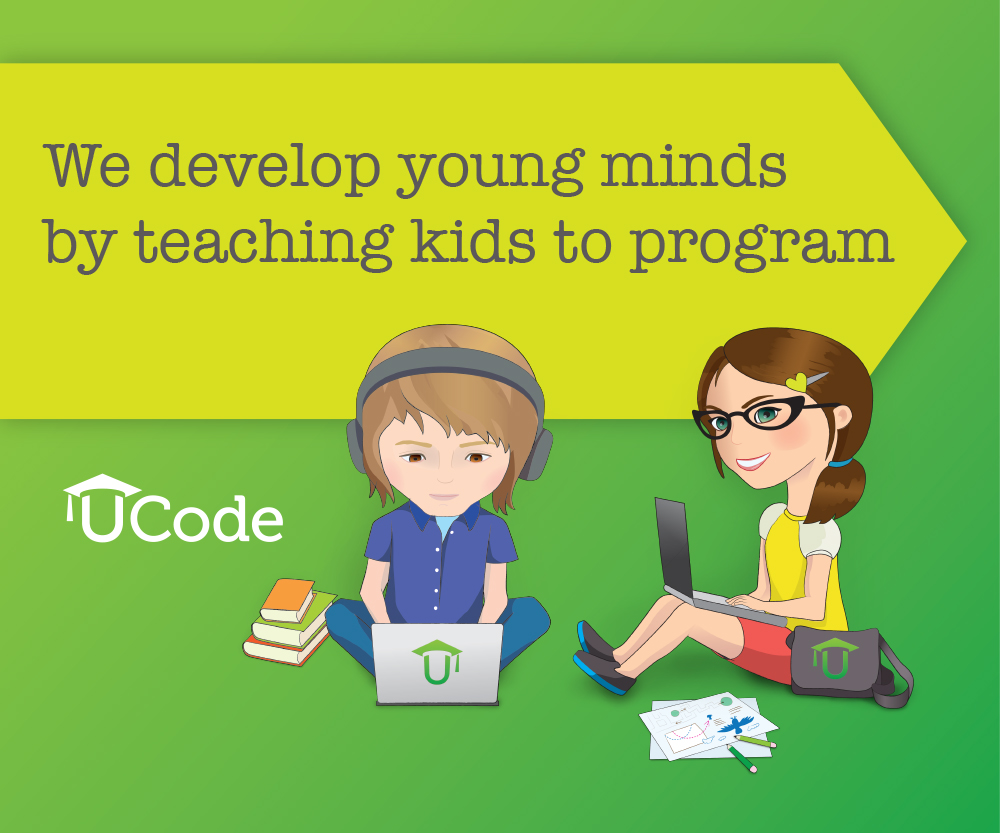 UCode is an independent extracurricular that teaches kids how to program.

The business was launched on weak legs with a logo and marketing assets acquired through a contest website (not exactly a good idea). The problem at hand was inferior branding with no traction. 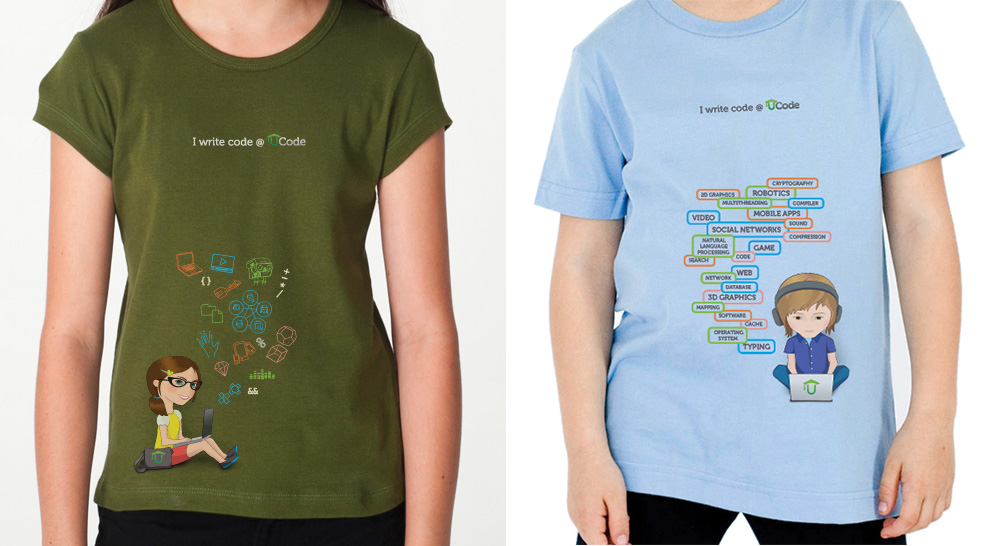 The logo was the least visually offensive and because it was already released, it became the only element retained. From this point, I developed a working color story and a new look and feel. Stock illustration was swapped for custom ones, featuring two characters, Ken (based on the owner’s math prodigy son) and Ruby (named after the programming language). 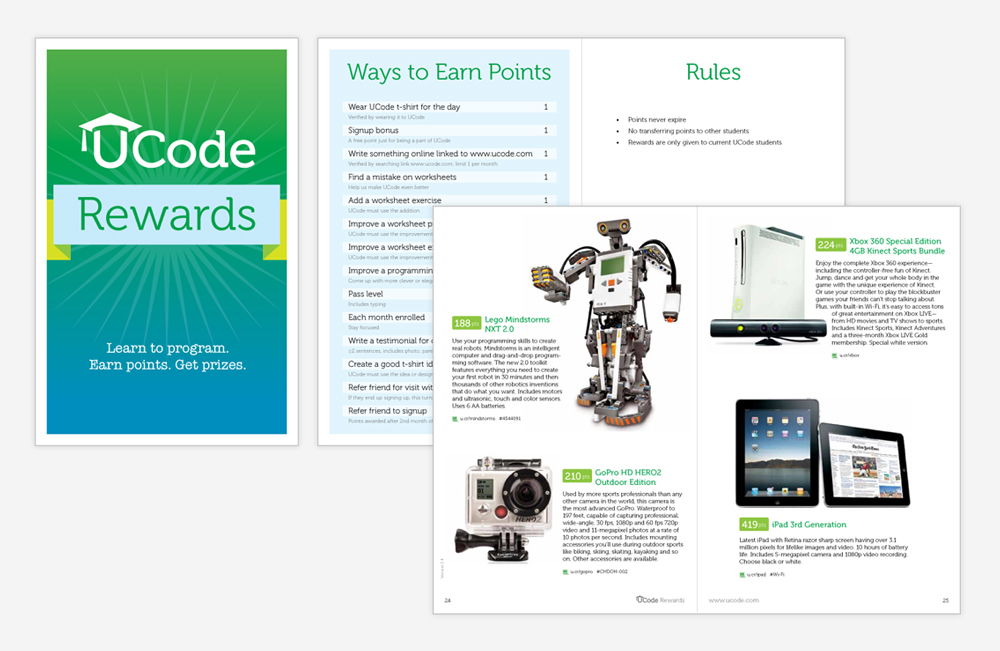 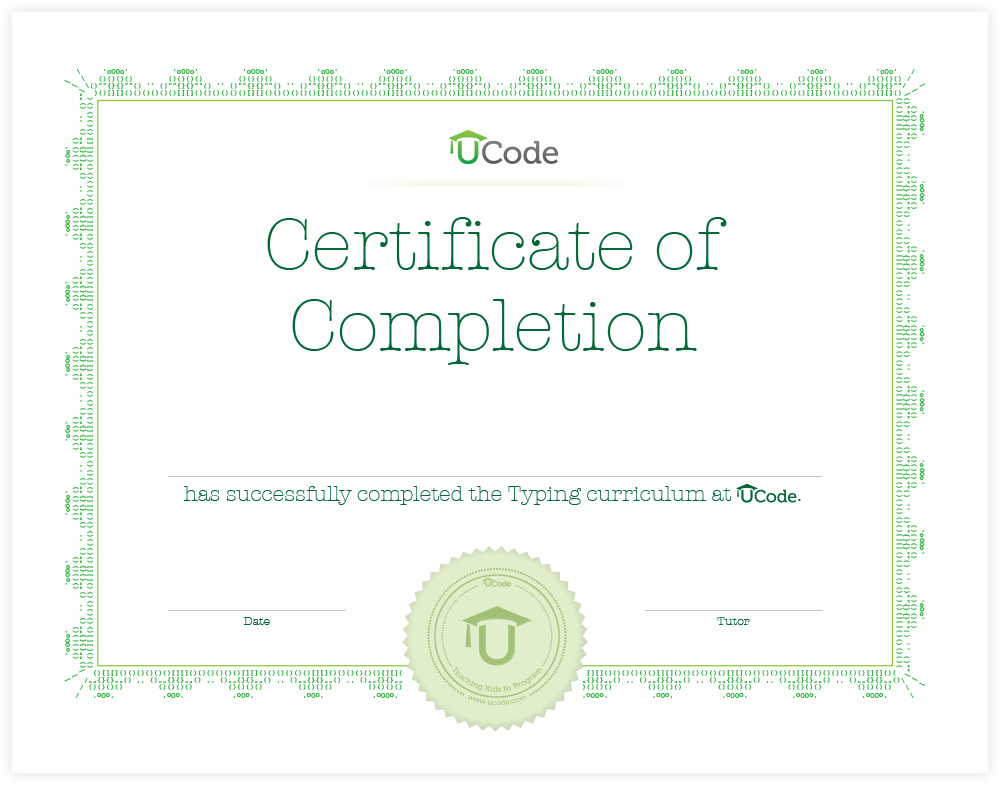 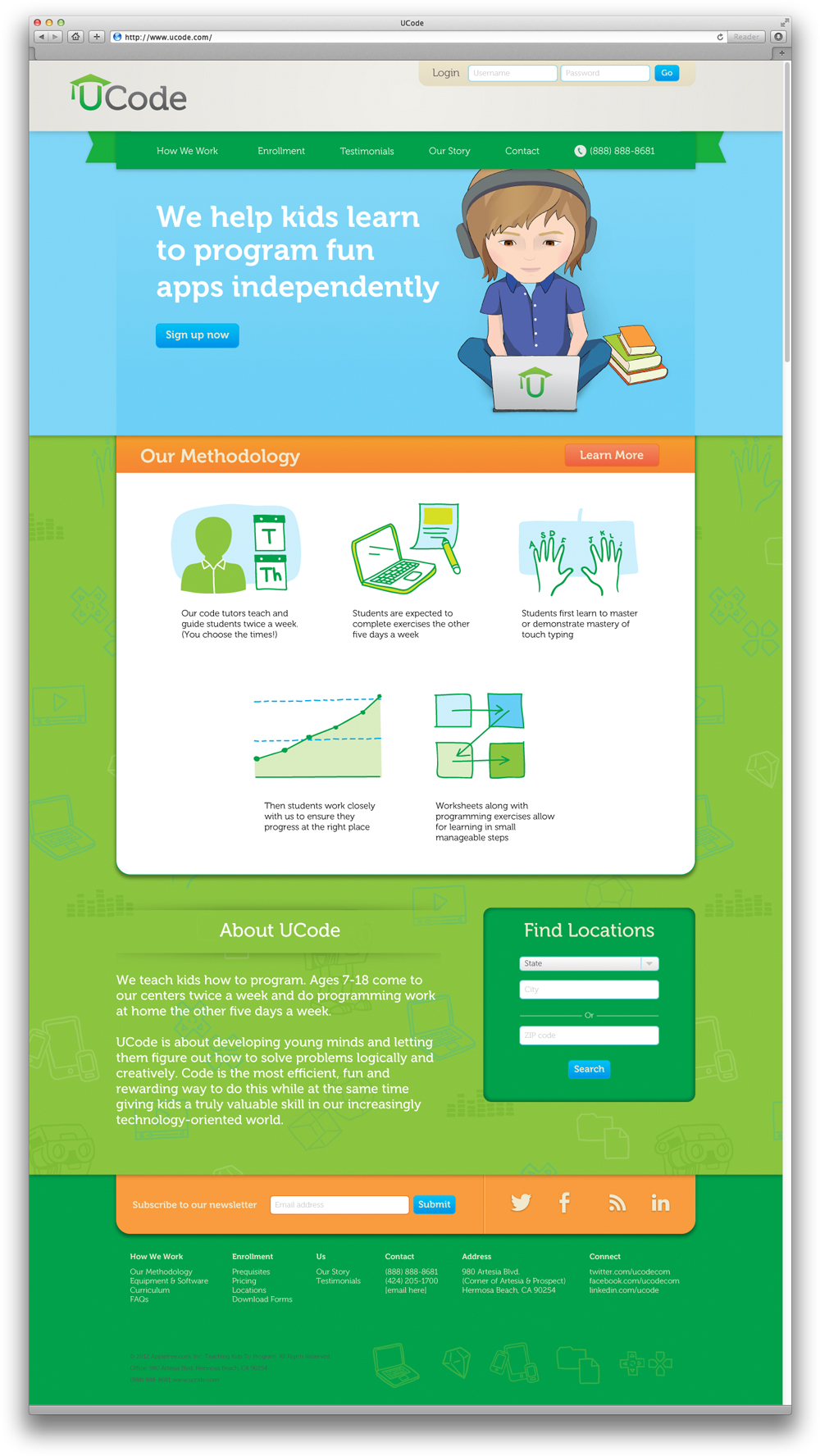 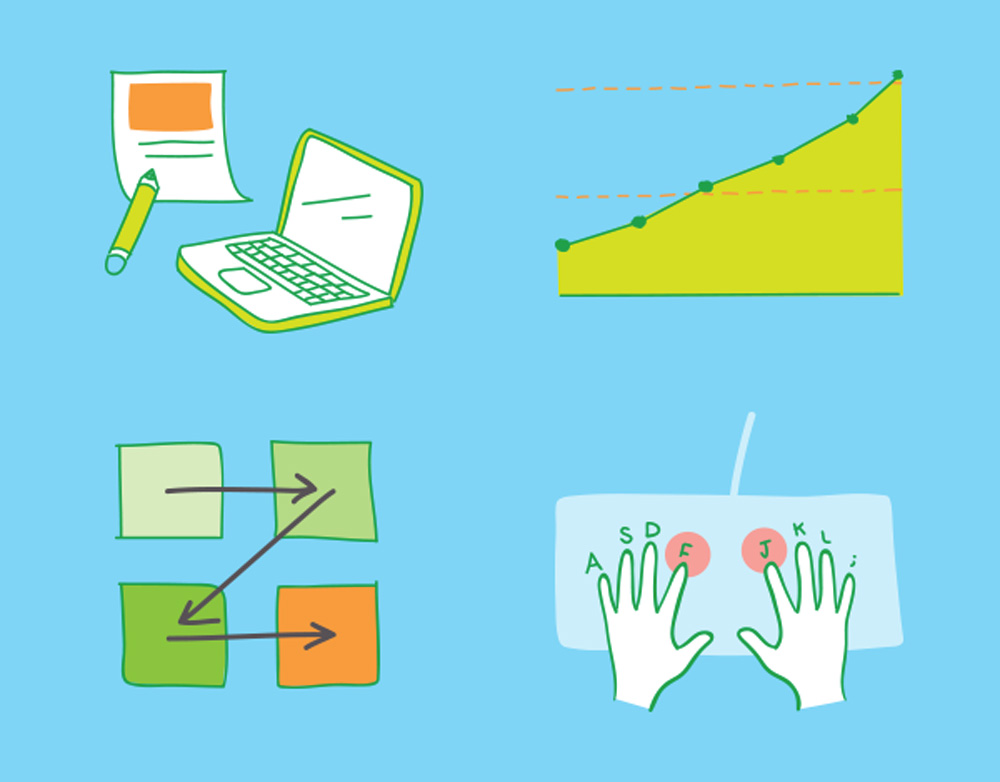 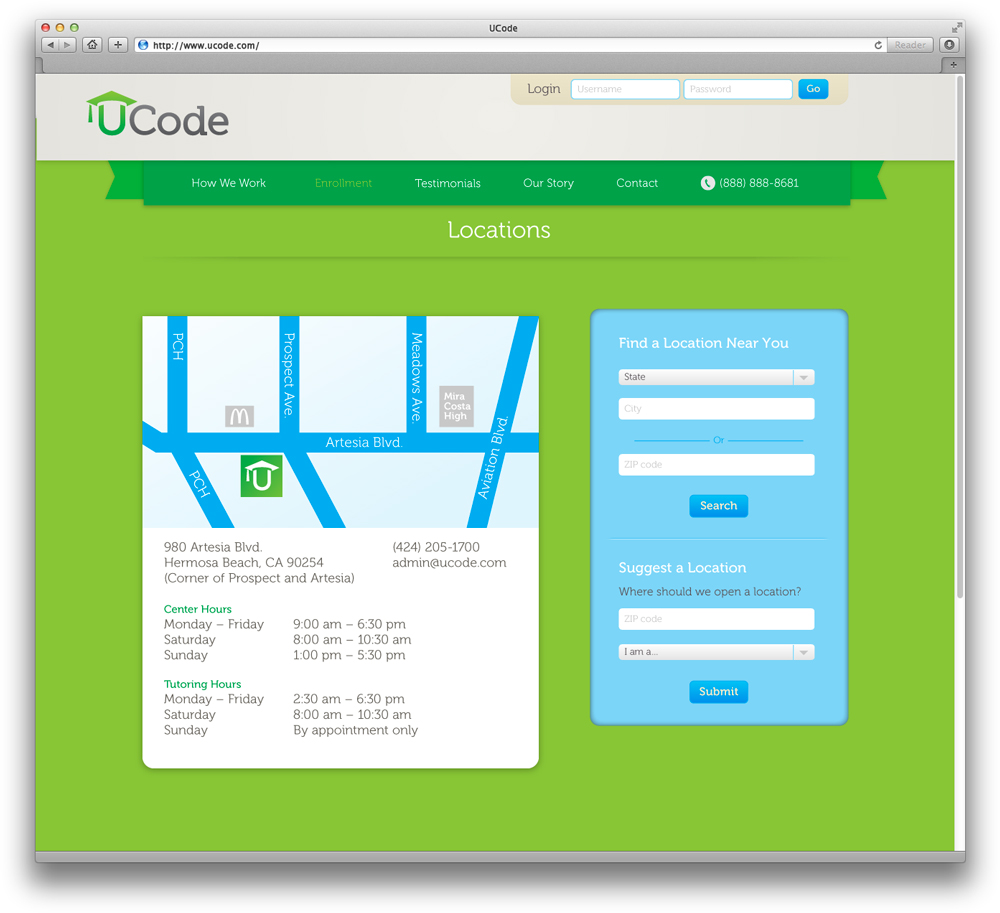 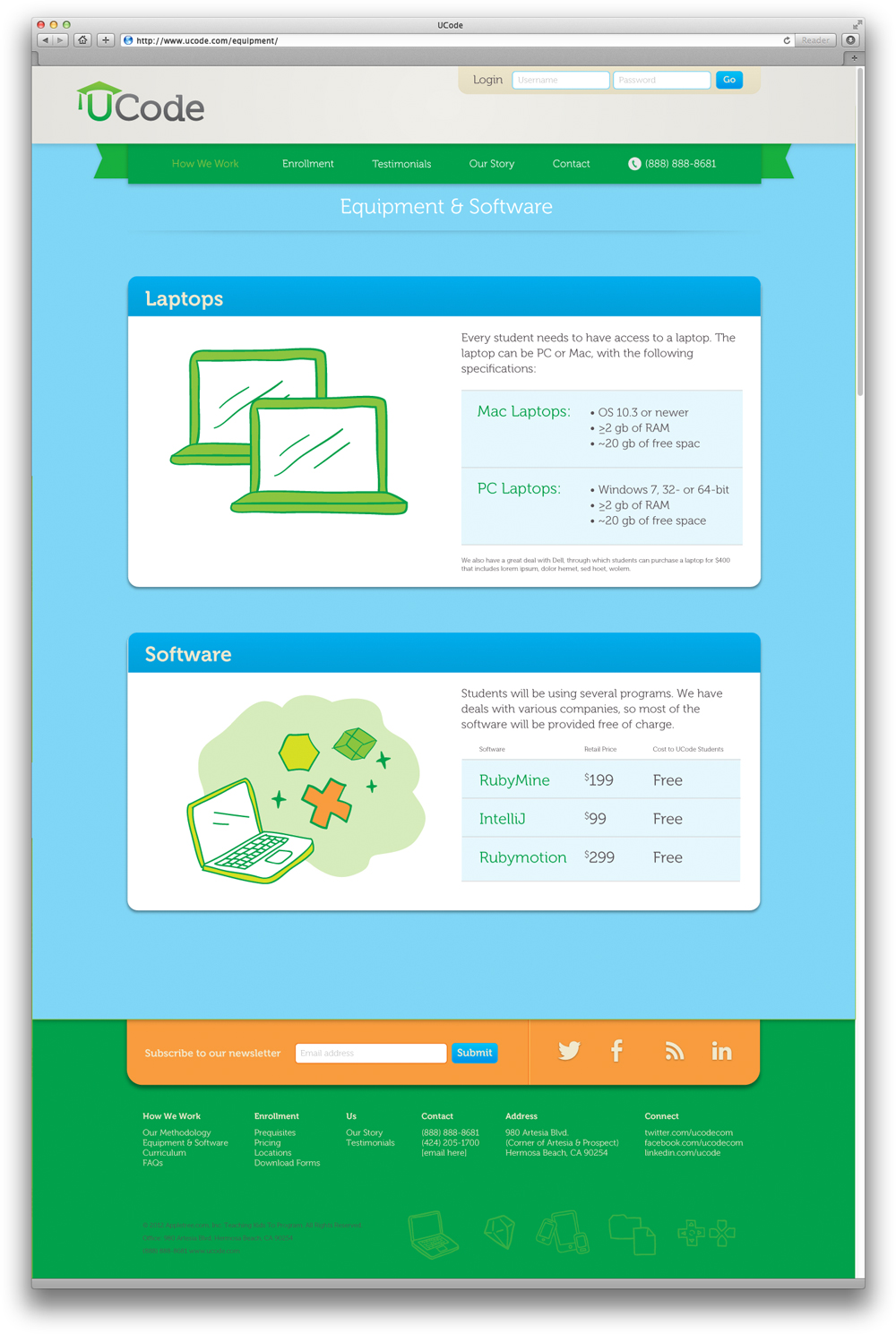